You start on a trail in a Forest after nightfall. In the background you will hear Farley's group recording, with only Farley talking, along with the first track in the game's soundtrack. As you walk around the bend you will see an object, a Collector Seed, fly over the lake. 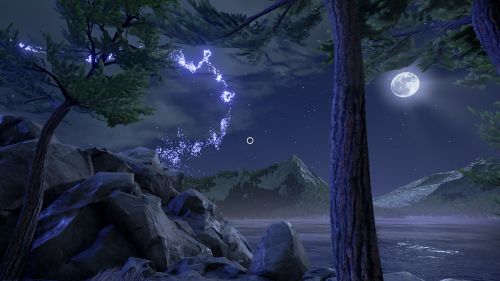 Continue down the path and notice the seed fly by a couple more times. As you head up a slight hill you will reach a space near a camping table and you will be stopped and unable to move. 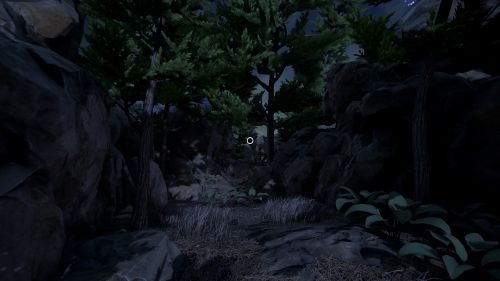 After a little bit the seed will come flying down the path towards you. 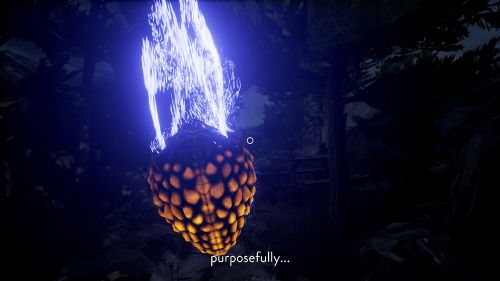 After a dramatic light show you will be engulfed in gold lights that erupt from the inside of the seed. You're surroundings disappear and you will see the Obduction game logo. 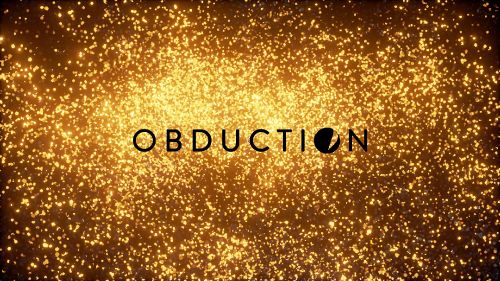 Once you regain control you find yourself in a canyon along with a sphere of your previous surroundings. The seed lays discarded at your side. 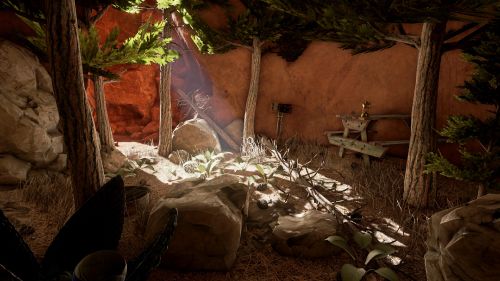 Outside the sphere now lies red rock and an opening into a canyon. Head out the opening and down the canyon. You will find a crystal like mechanism, a Solid volume projector, with a sign in front that reads: "Welcome to Hunrath". 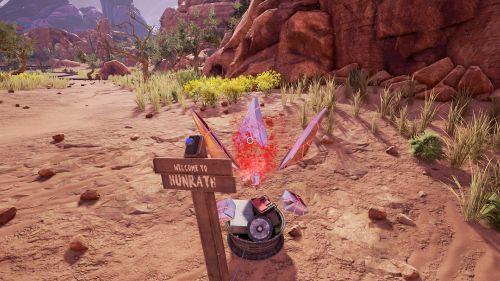 You can click the button to watch short recording of Mayor Josef explaining that this world is called "Hunrath" and he introduces you to the area. 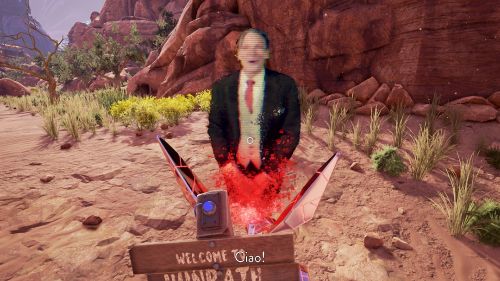 He mentions a house with a white picket fence and informs you that you will meet Farley there. Head out of the canyon and you will see the aforementioned house, Farley's Community Center. 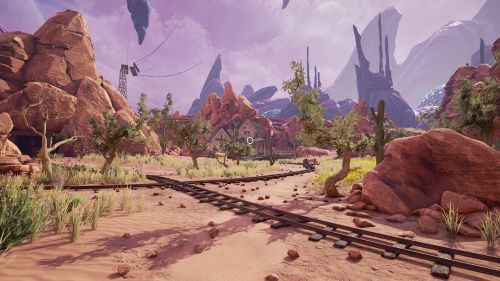 Head up to the fence and look inside the mailbox to find a message signed by C.W. The letter says he's retreated to his vault and explains a few other things: 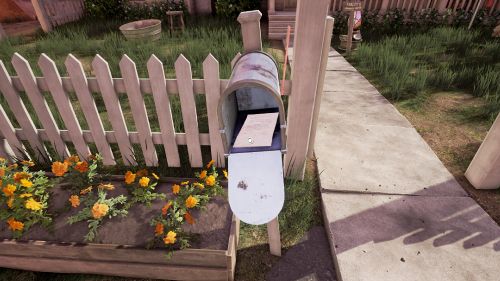 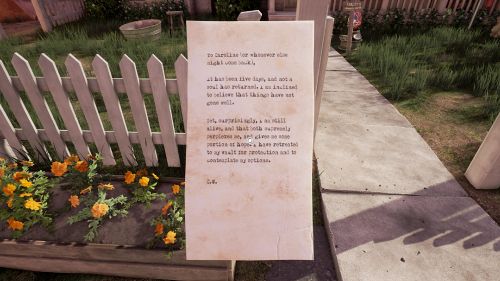 In the front yard of the house is another solid volume projector. Here we meet Caroline Farley who also begins to introduce us to Hunrath. However shortly through the message is overwritten with another of Farley but instead of welcoming, she explains that Hunrath is not safe and cautions us to be careful who we trust. She also mentions a man named C.W. 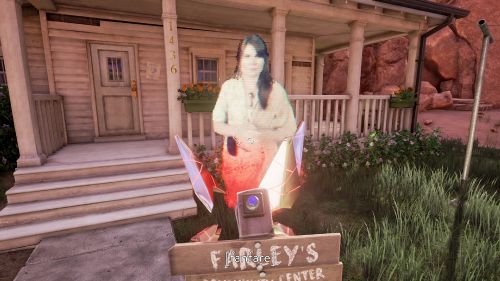 Since the front door is locked and it doesn't seem like we'll be getting a proper greeting it looks like we need to seek out this C.W. guy. Feel free to explore the area, there's a lot to find and look at. Once you are satisfied and ready to continue look for the red beam of light shooting into the sky. head towards it and you will find these two buildings. 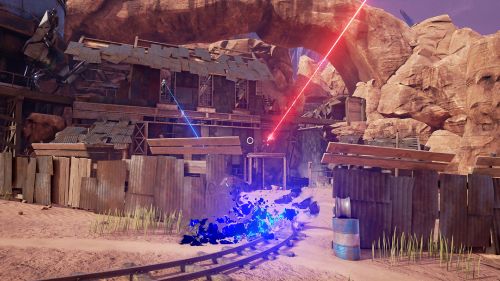 Next Part [Welcome to Hunrath]