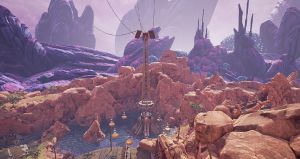 The Bleeder as seen from the Tower. 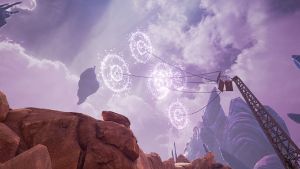 The Bleeder in operation.

The Bleeder is large device in Hunrath that drains energy generated by the maturation on the Trees and discharges it as electricity. It is unknown who designed the device, though it is a blend of both human and Villein technology, and it is likely that C.W. was in charge of its construction and operation.

The Bleeder was built to prevent the Trees from reaching fruition, as the inhabitants of Hunrath did not know what would happen to their Cell should that happen. They postulated that the Cell membrane would dissolve; cementing Hunrath place on Soria.